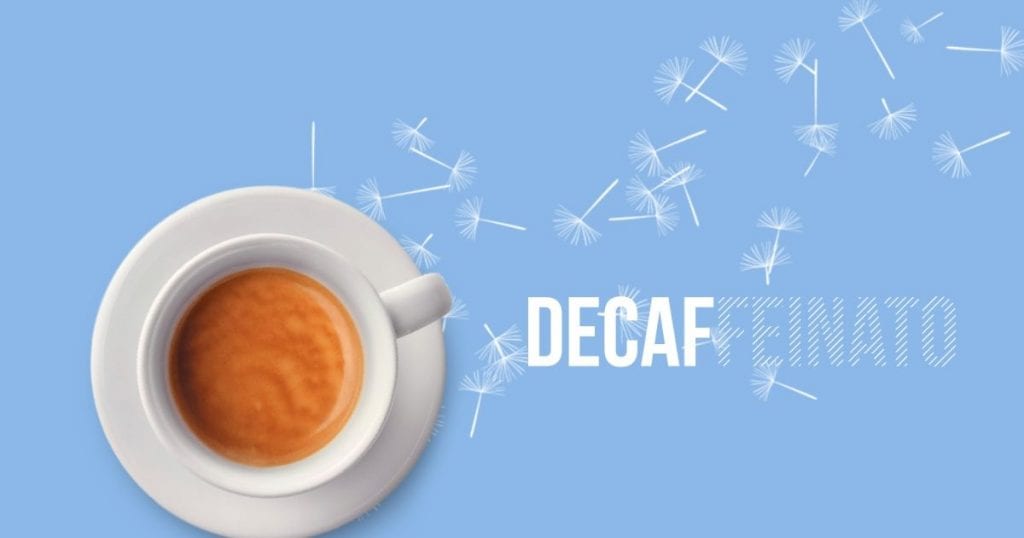 Decaffeinated coffee is coffee for those who have to or prefer to bypass the caffeine without compromising the pleasure of taste or aroma.

The decaf is a coffee equal in all respects to the “normal” one. The difference is the absence of caffeine.

Caffeine is a natural alkaloid that has a stimulating action on the central nervous system: it increases good mood, improves memory and performance during physical activity.

Although it varies from person to person (age, sex and ethnicity) and the effects are greater for those who usually do not consume it, caffeine takes 10 minutes to take effect and 30 to 60 minutes to reach the maximum level in the blood. The body typically eliminates half of the substance in three to five hours.

Caffeine is present in nature in coffee as well as in many plant species that grow mainly in tropical or sub-tropical regions. These plants use it as a natural pesticide as it is toxic to insects and other pests.

In its natural state, caffeine appears as a white powder that is not very soluble in water.

How many coffees (with caffeine) can we drink per day?

It depends on the preparation method (short or long coffee), the type of coffee (arabica or robusta), the individual’s ability to metabolize the caffeine, etc.

Furthermore, caffeine is not only found in coffee, but also in tea, cocoa, mate and guarana berries and cola nuts. It’s also added to many energy drinks, soft drinks, desserts and other pastry products. It is even contained in some drugs, food supplements and energy drinks used by sportsmen.

In short, when making the calculation of how many coffees to drink during the day, it is necessary to consider even if the caffeine has been consumed through other foods.

According to the guidelines of EFSA (European Food Safety Authority), it would be better to stay below 5 cups of coffee a day to be sure not to adversely affect health.

And if we still want coffee, there is always the decaffeinated coffee! 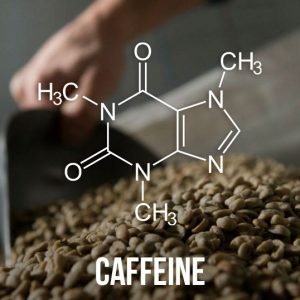 Decaffeinated coffee: how do you get it?

Decaffeinated coffee is obtained by extracting caffeine from the bean while it is still green (raw coffee, not yet roasted) and subsequently treating it with processes similar to those used for regular coffee.

There are different types of decaffeination processes that differ only in the type of solvent used.

The first phase aims to make caffeine extraction easier: coffee beans are made to inflate through the use of water and water vapor in order to distance their cellular structure. We then proceed to the actual extraction, using a chemical solvent, which will then be scrupulously removed during the third phase. The solvent recovery phase is very important because the solvent has legal limits on residues. At this point the coffee should be dried so that the humidity does not exceed 11%; then it is packaged and analyzed to verify that the percentages of residual solvent, humidity and residual caffeine respect the legal limits.

To release a suitable product, three types of analysis are performed:
1. residual solvent (not more than 2 parts per million on roasted as far as dichloromethane is concerned);
2. caffeine residue (not more than 0.1% by weight);
3. degree of humidity (not more than 11%).

Depending on the solvent used in the process, decaffeination takes a different name:

uses solvents such as
– dichloromethane: it is the most widely used among coffee decaffeination methods and also the most widespread. It was also the first to have had a use in industrial coffee plants. This is a substance that acts specifically on caffeine. Thanks to its high volatility it can be eliminated completely with the use of water vapor. The quality of the decaffeination that is obtained is among the best because all the characteristics of the internal coffee (except for the wax) are totally preserved.
– ethyl acetate: a natural compound (often present in fruit) specific for caffeine removal. However it has strong problems because it is highly explosive. Pro? It has a strong fruity smell.

even if from the media point of view water is the most appreciated solvent, it does not always give the desired results and therefore not optimal. This is mainly due to two factors: the taste in the cup does not remain persistent and the color of the beans is too dark to be marketed before roasting. Actually, this method is a bit more complicated because water tends to bind and to take away, in addition to caffeine, even the aromas of coffee. To overcome this, the liquid is saturated with coffee aromas and the grains immersed in the liquid will tend to lose caffeine exclusively.

the last method is called as the name of the solvent, or “concentrated carbon dioxide”. CO2 binds to caffeine and is then eliminated. The use of CO2 as a solvent is among the most expensive as it forces it to work at very high pressures (over 200atm).

In any case, no harmful solvents are used and the taste of the coffee remains intact.

Nowadays the extraction of the caffeine is done through a very secure process, without any risks, protected by very rigid regulations.

We often wonder if decaffeinated coffee is bad for health. It’s absolutely not true!

Is the decaffeinated qualitatively inferior?

Some think that decaffeinated coffee is a coffee with a less intense aroma and a less rich flavor than a traditional espresso. It’s not really true.

Today thanks to the advanced technology, decaffeinated coffee processing processes are of the highest level and allow to obtain a product that cannot be distinguished from the non-decaffeinated one.

Is decaffeinated dangerous to health?

Some think that decaffeinated coffee is a coffee that is bad for health or is even dangerous to health due to the methods used to eliminate caffeine. The caffeine extracting means for obtaining decaffeinated coffee present absolutely no problems for the consumer’s health since they are all tested according to the law by the health authorities.

Decaffeinated coffee: how much can we drink?

Although coffee is decaffeinated, caffeine is not totally eliminated, but only reduced. By law there may remain a minimum percentage (less than 0.1%).

Therefore, since it is not completely caffeine-free, decaffeinated coffee should not be abused. If we do not want to have the contraindications that can occur in particularly sensitive individuals, we can drink a moderate amount of about 3 cups a day.

Everything is, as always, in the ability to choose quality and to regulate consumption.

Just a bit of attention and common sense is enough to not overdo it and continue to enjoy small daily pleasures.

The properties of decaffeinated coffee

Among the beneficial properties of decaffeinated coffee is that it is rich in antioxidants, which can help fight free radicals, more than it does for the traditional one, thus allowing us to stay younger for a long time and to prevent some diseases related to advancing age.

Today decaf coffee is served in those occasions in which caffeine is not appropriate, such as in the evening and during a day that has already seen too many coffee breaks.

In the end, thanks to decaffeinated coffee, you can’t say no to a good espresso. 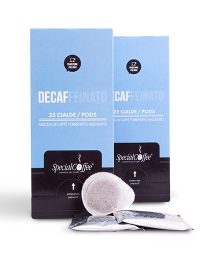 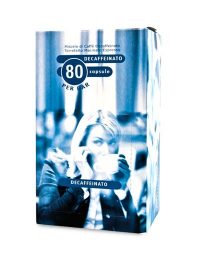